I was lucky enough to receive a review copy of Paul F. McDonald's new book "The Star Wars Heresies: Interpreting the Themes, Symbols, and Philosophies of Episodes I, II, and III." I wrote a review for Jedi News, and it finally made the front page. I'm just going to link to the review rather than repost it, though you can still comment below. Needless to say, the book is awesome and go get it now. No, I'm not joking, really. the review links to the publisher, but it's also on Amazon. May the Force Be With You.
Posted by The Nilbog at 9:14 AM No comments:

I need to stop leaving these for last minute...


Continue Chapter
Posted by The Nilbog at 8:45 AM No comments:

The Tragedy of Representative Binks

Did you ever hear “The Tragedy of Representative Binks”?

I thought not. It’s not a story the haters would tell you. It’s a fan legend.

Jar Jar Binks was a Gungan from the swamps of Naboo so bumbling and so annoying, that his own people banished him under pain of death. He had such a penchant for getting into trouble, but could also uncannily get himself out of said trouble relatively unscathed without even thinking about it.

Continue Chapter
Posted by The Nilbog at 4:00 PM 54 comments:

First off, there will be no Jedi News article this week. My editor accidentally forgot to put "What Measure is a Tusken?" on the main page, even though it's already in my archives (hence the link). I did have another article completed for this week, but it's being pushed back. In return, I was allowed to leave the version on my blog up.

This will actually allow me to ask my loyal readership for help. The way I'm structuring the articles from now on is that I will do about five articles mainly centering around one film in the Republic era of the Saga, one article more about the Saga as a whole, then the next film in the series, rinse, repeat.

I'm almost through Clones, and will start Sith in a few weeks. Trouble is, I'm having issues figuring out what to write about. I have some things planned, but not enough to fill the blocks. So I want to ask you, my readers, to tell me in the comments anything I-III related that I haven't yet covered that you'd like to see me tackle or get my opinion on. It could be a common criticism, a philosophical debate, or just gushing about one of your favorite aspects.

While I'd like more about Revenge of the Sith and Phantom Menace, since those are next, I would also heartily accept ideas for the next round of Attack of the Clones as well, even though I know what I'm doing for this block.

I thank you all in advance, and with that out of the way...


Continue Chapter
Posted by The Nilbog at 7:54 AM 20 comments:

What Measure is a Tusken?

A young Jedi perches atop a desert canyon in the dead of night. Below lay a camp of nomads, such as the kind that have kidnapped the Jedi’s mother and decimated the band that had initially set out to rescue her. The young man drops down, stealthily infiltrating the camp, and manages to find his mother. But it is too late. She cannot even finish her praise of seeing him all grown up before she passes away, filling the Jedi with such sorrow, rage, self-loathing, and fear, that for a moment the dark side takes him. Blinded by the dark, he slaughters the entire camp. 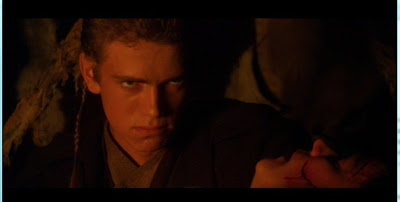 Continue Chapter
Posted by The Nilbog at 4:00 PM 11 comments:

A Tale of Two Fetts


I’ve touched before on my opinion of perennial fan-favorite Star Wars character Boba Fett. Namely: The polar opposite of the most vocal of fandom.

Now before I continue, I must stress that this is mostly my opinion here. Different people will connect to different characters for different reasons, and they all serve their purpose in the story. And while it can certainly be debated whether one has interpreted the character correctly or incorrectly (and whether that’s the fault of the viewer or the filmmakers), there is never anything wrong with liking or disliking any of the characters, especially in Star Wars.

Just don’t try to model your life after Palpatine.

With that out of the way…

Continue Chapter
Posted by The Nilbog at 4:00 PM 25 comments: