Back in May, I made this post about movies. I wanted everyone's Top 15 films in the comments.

Well, now I'd like to do that again, this time with a newer media: Video Games!

In case you don't feel like clicking the link, here are again the rules:

A) Your personal Top 15 Video Games.

B) Full titles and dates.

C) Countdown so that your number 1 is last.

D) If it's a tied franchise (like, let's say you like the Super Mario games fairly equally), pick only your most favorite one for your slot. An exception I will make is if the franchise spans several genres (i.e. Super Mario Brothers, MarioKart, MarioParty, Mario Tennis, etc.). You may also put an asterisk (*) if you'd like to indicate that this is a franchise pick.

Some thoughts on some new trailers from last week...


Continue Chapter
Posted by The Nilbog at 4:30 PM 6 comments:


Continue Chapter
Posted by The Nilbog at 2:00 PM 1 comment:

When You Break the White Light, You See the Many Colors In It

Sorry for being so late, but here's how Halloween turned out: 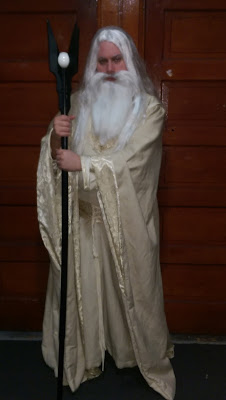 Continue Chapter
Posted by The Nilbog at 11:40 AM 1 comment:

The Tao of Jinn

Any Star Wars fan worth their salt knows that the Force is split into the Light and Dark Sides. However, slightly less well-known is that there is variation along another axis. In the galaxy far, far away, there are two levels of the Force (for now at least – we may or may not see more when it Awakens): The Unifying Force and The Living Force.

Continue Chapter
Posted by The Nilbog at 1:26 PM 2 comments:

Seeing This Post Appear When Advertised...It Fills You With Determination!

"Hey, have you played Undertale?"

A regular at HumanKind Network's Game Day had asked me this as we were setting up some months ago.

Continue Chapter
Posted by The Nilbog at 1:25 PM 1 comment:

Next week will have more posts than the last few months combined, likely followed by another dry period!

1. A rundown of Halloween Hijinks!

2. My latest Star Wars article (available now on Jedi News if you want a sneaky peek)!

3. My reactions to the trailers for Warcraft: The Beginning and WoW: Legion!

4. A sad, depressing tale of my personal life detailing why I've been away so long!

5. Reviews of what I've been doing to De-stress from the above instead of writing here!

I hope at least most of you will find most of it worth the wait. Expect the first post on Sunday, and I will ATTEMPT to make sure there's one per day through Saturday.

To whom it may concern,

You don't have to like every aspect of a franchise to be a fan of it.

However, if you purposefully refuse to show your Star-Wars-loving children Episodes I-III or even acknowledge their existence until your children are "old enough to properly hate it", then you are not a Star Wars fan.

You're just an asshole.