The Tragedy of Representative Binks

Did you ever hear “The Tragedy of Representative Binks”?

I thought not. It’s not a story the haters would tell you. It’s a fan legend.

Jar Jar Binks was a Gungan from the swamps of Naboo so bumbling and so annoying, that his own people banished him under pain of death. He had such a penchant for getting into trouble, but could also uncannily get himself out of said trouble relatively unscathed without even thinking about it.


Of course, in reality, Jar Jar was merely a figment. Dreamed up by George Lucas (presumably after a late-night binge of Buster Keaton films), Jar Jar was equal parts ersatz C-3PO and anti-Han Solo. He was a comedic fool, meant to appeal to the young target audience.  Yet by his very nature he was not only a lynchpin to the entire plot of Episode I, as all of the major victories for the heroes owe in some part to his blundering, but also a walking representation of everything the heroic Qui-Gon Jinn stood for: that life finds a way, and all life has value even if we can’t see it. 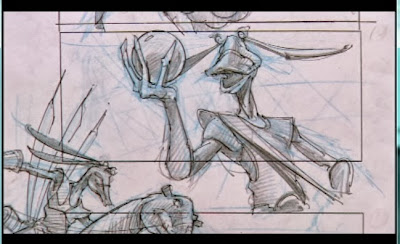 “Jar Jar is the key to all this,” Lucas said to his team, meaning that the film that would eventually become The Phantom Menace would crash and burn regardless of everything else if Jar Jar wasn’t a believable character. 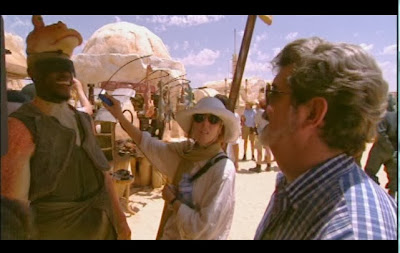 Industrial Light and Magic pushed themselves to the limit in creating the most realistic Computer Generated Imagery they could. A young stage performer named Ahmed Best was hired to be the physical model and stand-in on set, and came up with a voice and performance that cracked everyone up so much they knew it needed to be the final recording for the character. In fact, for a while the original plan would be just to replace the head with CGI, and keep the rest of Best’s on-set performance in a fairly realistic Jar Jar suit (which was only turned-down last minute due to cost-effectiveness). 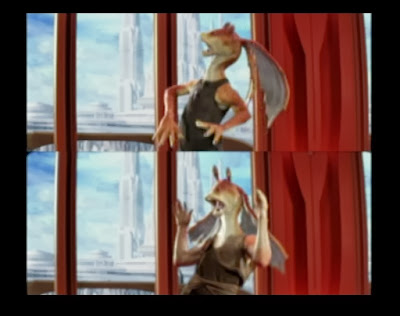 ILM, with help from Best, would even experiment with a relatively new form of animation called “motion capture,” which allowed the computer to track an actor’s movement as a basis for a digital character, thus making the performance seem more natural. At that point it had really been only used sparingly for science expos and video games. While Phantom Menace was not the first motion picture to use it, it was the first to try and see just what it was capable of. 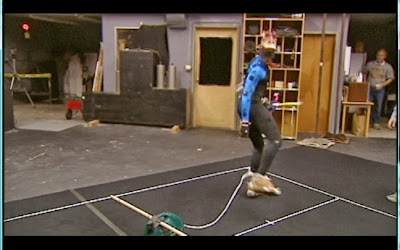 By all accounts it worked. Jar Jar Binks was perhaps the most relatable and realistic digital character in film when he made his debut in 1999. But this is a tragedy, after all.

While Jar Jar went over well enough with many viewers, and worked like gangbusters with the target audience, a very vocal section of the fanbase lost their minds. They hated Jar Jar with a venom that should only be reserved for people who commit major crimes against humanity. Some said he served no purpose, not realizing how he allowed most of the plot to happen. Some called him racist, misinterpreting his accent and inspiration for something much fouler than it truly was. Some accused Lucas of selling out to the younger crowd, forgetting that the younger crowd has always been the primary target. To this day the vehemence and spread of the loathing has been given no sensible answer by those who continue to propagate it, though a likely theory may involve them projecting their own dark sides onto the amphibian.

George Lucas, though utterly nonplussed, waved it off at first. After all, hadn’t C-3PO been met by a similar reception by older fans? Weren’t the Ewoks mainly a subject of scorn for the first few years of their existence? People largely came around to them, or at least learned to tolerate them enough to enjoy the rest of the films. It would go the same way with Jar Jar.

All the same, Lucas wanted to make Jar Jar’s contribution to the remainder of the story much more noticeable, far less abstract, so that maybe people would come around a little quicker. 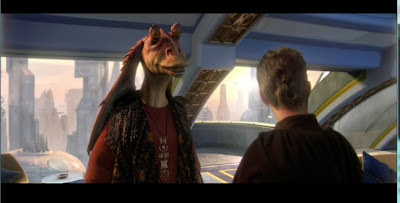 Back in the Galaxy Far, Far Away, Jar Jar Binks becomes the Gungan Representative in the Galactic Senate, working alongside Queen-turned-Senator Padmé Amidala. When Padmé goes into hiding, she puts Jar Jar in charge of her senate seat. While Jar Jar is still the excitable Gungan we knew, he’s matured somewhat. He knows how to hold pomp and circumstance. He’s grown up, if only a little. 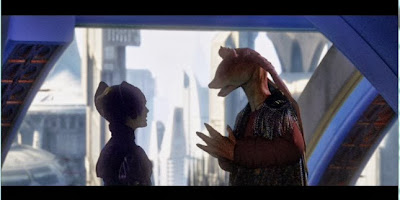 However, he has made the same mistake that everyone in the galaxy has made: he trusted Palpatine. So when Palpatine a Mas Amedda strongly hint that only by giving the Chancellor executive powers can their friends be saved, and that a senator would have to be uncommonly brave to propose such an amendment, well poor Representative Binks swallowed it hook, line, and sinker.

George Lucas came up with this plot point of Attack of the Clones in order to not only cement Jar Jar’s greater role in the galaxy, but to prove how dire things had become when even our plucky comic relief is swindled to such a degree. It was well-written and well-acted all around, and is one of the sadder scenes in the film if only for its significance.

Ironic. It was meant to gain him sympathy, but only gave the haters an excuse to hate more.

Not only that, but many of those who were pro-Binks saw this, at least at first, as appeasement to the hater crowd. Everyone seemed to see it as George Lucas admitting that Jar Jar was a sub-par character, even though neither of those statements is true.

The Tragedy of Representative Binks is not only in the fact that he like the rest of the Republic was manipulated by perhaps the most evil person in galactic history, but that every attempt by the filmmakers to stick by the character created so much scorn and hate that his time in Revenge of the Sith was reduced to a mere cameo just out of focus. And there was a resolution written for him, which would complete the Tragedy as the full weight of what he had done would have hit him. Yet, for reasons still unknown, Jar Jar remains a punchline in the circles that seem to control how history is recorded. Which is a shame, because Jar Jar Binks, as well as everyone who was instrumental in bringing him to life, deserves so much more than that.
Posted by The Nilbog at 4:00 PM